GO BACK TO BLOG

I am a teacher and mostly I’m trying to teach myself. Fall down, pick yourself back up. Don’t know how to get it right. After all, we have an idea of who we are but it might not be the right one. Look up – try to see the sky, see the colors, find the light. It’s all part of who we are – of who I am. Self-examination. Try to be honest. Don’t worry! We’ll get there. On our path to becoming those enraptured beings. 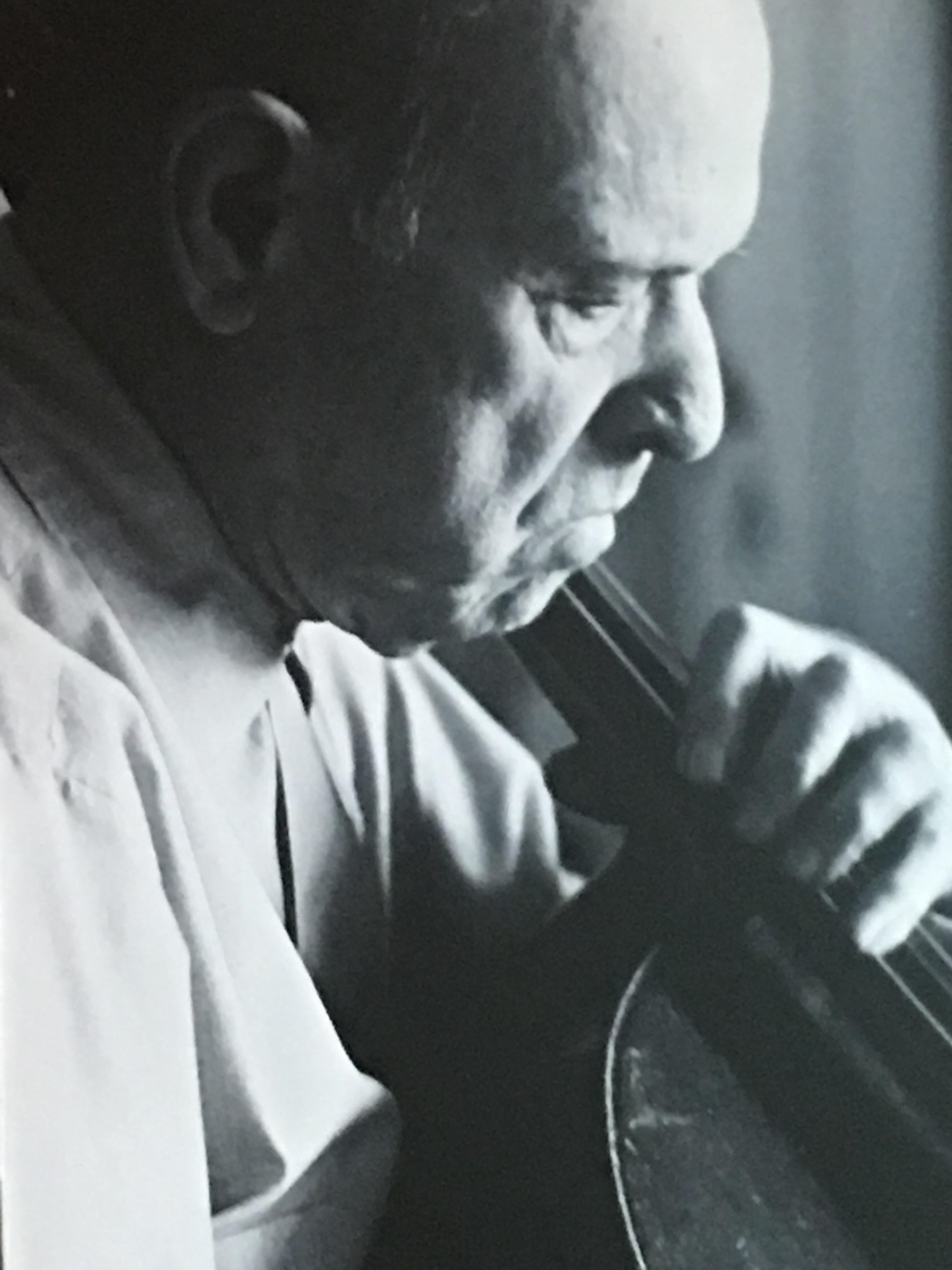 My contribution to world peace might not be very much, but I have given everything I can to reach a goal that I consider sacred.

Sitting in transit on my way to Bogota. By chance having found this room full of pictures of Pau Casals and some of his thoughts. He said his heart was in Catalonia but he was equally at home in the cities of the world where he traveled. He said, “Music, that marvelous universal language, should be a source of communication among people.” And though I try, I know not how to say what my heart longs to say.

I think about language and wonder why am I so deficient in its use. Why can’t I “become the author of my reality,” as Jason Silva talks about in his video.

…that the use of language, the words you use to describe reality can engender reality, can disclose reality. Words are generative.

…To speak is to enact…so my favorite quotes are magical incantations and as I recite therefore I become. To become what Walter Benjamin calls as “enraptured prose beings” raised to the highest order.

I am empowered by watching his video. To be able to use language to create a better world. To use words that bring us together as a human race, together as loving human beings; is still a dream I find myself wanting more than anything. And, yet, almost every day I have to pick myself up after falling short and having scraped my knees on the dirt and rocks below me.

Trying to be honest with myself, I realize that I don’t have to create a masterpiece every time I write, which is undoubtedly some deep-seated misguided and unrealistic goal of mine. Thinking of my blog and the chance to share something that probably is much closer to what I’m going through; I wanted to say out loud that I am all too aware of my failings, of the sadness that is there because of so many things and my general lack of clarity in how I think about my life. I’m trying but I genuinely ask myself why can’t I see what I need to see? I am so far from the goal of inner peace that Pau Casals wanted to create and that so many have talked about, that I can only hope someone is watching with compassion. It’s hard to take and shakes me to the core – the fact that I am no farther along on my evolutionary and transformative path. At least that’s what I’m thinking right now.

When the need is great maybe the hand of tomorrow is right there in front of me, ready to catch hold of me and save me from myself. Enter the notion expressed by Pau Casals. Have I given everything I have to achieve what I consider sacred to me? World Peace is one of those sacred ideas. You might try to articulate that goal if you are someone who looks inside of him or herself for the answers that lend life to life. I think a lot about it. And what about wanting love to be part of everything you are and everything you do? I definitely want that. It is as Jason Silva talks about, an engendering thought. And I think about the really only true reason for caring for the planet. For if we can’t protect the planet, how will we protect our children; and if we can’t protect our children, how will we protect the planet? Aren’t we talking about awareness and becoming the creators we were always intended to be?

Can you imagine the idea of becoming “enraptured prose beings.” To be able to use language to create reality. The one you truly want for yourself. I understand the experience of being enraptured as something divine, an ecstatic state of consciousness where only love and bliss emanate out from your being. There is no doubt – you are connected to a higher force and it is evident in every fiber of your being. It is palpable. To use language from that higher place of living must be what I am looking for. For wouldn’t it go a long way to alleviate my own suffering? Prose is how you lay your thoughts out before you for all to see. It becomes recorded history. History that defines who we are and who we’ve been.

Though I’ve stumbled so many times, seemingly unable to learn from the past, and continuously having to relive the same pain over again, I consider myself still on my own transformative and generative path. There is nothing I want more than “getting it right,” even if that idea is just an illusion and impossible to measure qualitatively. I still cannot take my eyes from the goal I consider sacred as Pau Casals said. To see the footsteps of true love as she walks before me illuminating my path through life. To know the peaceful heart as it beats in harmony with yours and the world around me. And to be the “Author of my Reality.” What about you?