The Touch of the Guru

GO BACK TO BLOG

Innocents we must be in an age of much hope and human awakening. I have a feeling that it’s always been like this at least if I look at my own life. Unfortunately, we’re susceptible to everything: doctrines, practices, personalities and lots of promises. To learn to think for yourself, investigate and listen to your heart; well, I think is maybe the end result of all your searching. Not long ago, a student of mine, innocent and open, asked me the question that brought on all that follows: Do we need a Guru to raise the kundalini or can we do it ourselves? Hell, what do I know. I’ve been trying to answer that question for decades now. I know that I don’t practice enough, and I’m still innocent but probably not as much as before. I think we’re just all “Fumbling towards Ecstasy,” but I know we’ll make it.

Check out the song by Sarah McLachlan 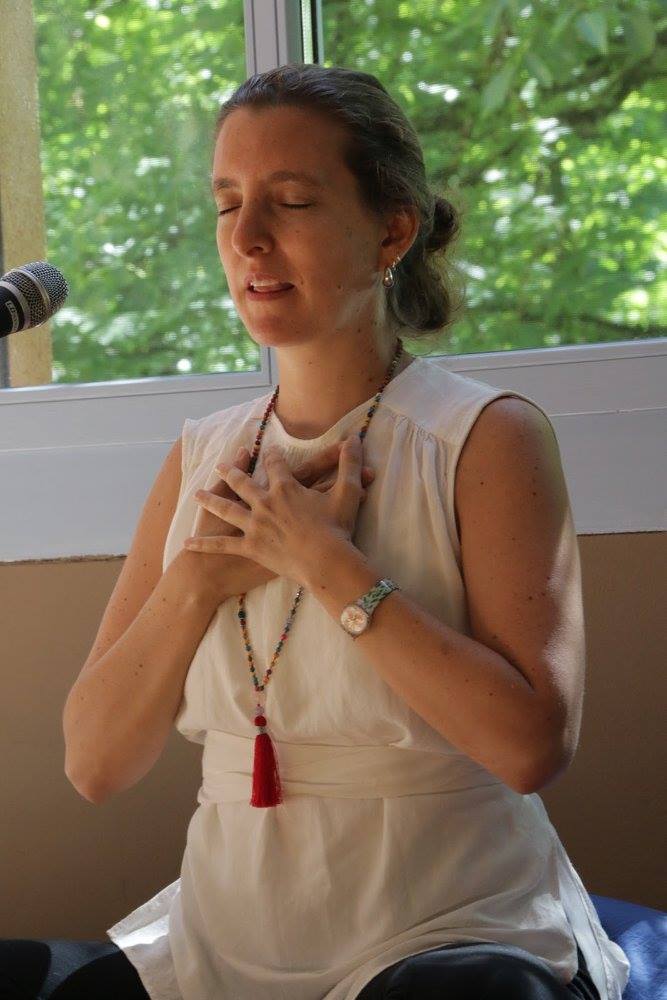 Do you raise consciousness by hard work or by the touch of the teacher? It’s the age old question: can the Kundalini be raised just by the blessing of the Guru or is that a myth, and the only real way is through personal effort? In his classical text on yoga, Patanjali talks about the need for a “persevering practice” (1.12-1.13) to gain control over the fluctuating nature of our mind and therefore to find the peace that we are all looking for. The idea being that a calm and collected mind was essential to true understanding and the goal of all serious students of consciousness. Then is having a calm and collected mind the same as raising the Kundalini?

There are also those who think that the Kundalini can only be raised by the blessing of the Guru or teacher. Probably this idea came from a different and perhaps simpler time, especially one found in India maybe centuries ago. If you found a genuine Guru, someone who was sincere in his or her own practice, could they show you the way towards enlightenment? Hence the idea that the touch of the master was all important for any true seeker to find what he or she was looking for.

I was raised in the second half of the last century and learned about the Kundalini and Kundalini Yoga by a teacher who didn’t think of himself as a Guru. That title and the respect that came with it was reserved for the 10 Sikh Gurus. His teachings were to find what you were looking for through hard work and a daily practice. Much like what Patanjali was talking about in his sutras. So if this is true; the idea that realization can only be reached through the efforts and dedication of the student; is the opposite of that not also true – the idea that it is the touch of the Guru which is important?

Guru Amar Das found his Guru at the age of 68. He was lucky and he didn’t think, oh, I wasted my life until now; but instead, he was filled with extreme happiness upon finding the answer to his dreams and the inner-most wishes of his soul. When the soul finds its peace, age means nothing. I didn’t find a Guru but I did find a teacher. Every word of his talked to my soul. I was a lot younger than Guru Amar Das when I found my teacher; I was just 20 years old, and yet it would be years of maturing as a man to more deeply understand the inner truths that he so often talked about. It is a process.

When you find someone who opens a whole new world for you, you naturally want to be in that person’s presence and are willing to listen and accept his or her teachings. That’s the process. As my teacher used to say, “First you are a student and then you are a teacher.” You can’t be a teacher without being a student first. That’s the law. And it was natural to think that way and believe in what he was saying. I was with him for 34 years. They were years of personal growth and blessings that weren’t always so clear nor easy to accept. Each time I entered into his presence, I would bow down before him and touch his feet with my right hand, ever so slightly, and then bring my right hand to my forehead in blessing. It was a simple and humble act born out of tradition in which the student touches the lowest part of the teacher and then blesses the highest part of his being – the mind or third-eye point. Here I was practicing the same ritual thought by many to endow true understanding and enlightenment by succumbing to the Guru, in this case the teacher; yet, believing that the true path lay in finding it myself. Where did the truth lie?

How to understand the relationship between student and teacher, and does it require the type of obedience that at least in the west would seem far beyond our acceptance levels. What did I personally learn through all of those years of obedience and bowing down before the Guru, at least symbolically? What is clear is that nothing is given for nothing. If the sincere student wants to receive something, he has to empty him or herself of much of what has made up his or her ego. To unlearn, if you will, certain ways of relating to another human being and, above all else, learning to truly listen. The lesson being: the student has to give up something in order to receive what he truly wants. The question then is, are you ready to become a student? For without individual transformation on the part of the student, what can really happen? The Kundalini rising, which is the same to say as the birth of consciousness, requires your participation and transformation.

Personal change implies seeing the world in a different way, as if you were looking through different eyes. A person’s perspective changes and that is what the teacher is waiting for: an expanded look at one’s life and the world at the same time. Part of how we saw the world and our role in it changes. In effect, we become something new. What was no longer is. Those persistent thoughts of self, which at times brought us down emotionally as much as lifted us up, are gone. How I see myself and how I see you changes, and then everything changes and I become a privileged participant to a new way of seeing and a new way of thinking.

In the Bhagavad Gita, Krishna tells Arjuna, “There has never been a time when I, or you, or any of these kings and soldiers did not exist – and there will never be a time when we cease to exist. Physical bodies appear and disappear, but not the Atma, the life force that lives within them.” It is this play of the Divinity within the Creation which unlocks these thoughts of Atma and what is truly permanent. Is what I see illusion or reality? We know that Maya is illusion but Lakhsmi is the goddess of Maya and behind all that we see – the beauty, the fulfilling and the inspirational. Perhaps, she is saying that if you don’t see what I have created for you to enjoy, but only see the struggle of life, the unpleasantness and the seemingly difficult times; you are only seeing half the truth. But if you see what I am trying to give you, which is based on harmony and beauty, then you have found my truth. After all, we are here to find the underlying truth in all things.

Everything comes to us that belongs to us if we create the capacity to receive it.

The question was and is: Do we need the teacher or just the practice of yoga to reach where we want to go? It is one of those transcendental questions where there are many layers of understanding behind it. For argument sake, I’d say both – you need both the presence of the teacher and a constant and dedicated practice. But can the practice in of itself serve as the presence and blessing of the teacher? After all, the teacher is found in his or her teachings. If the practice takes you to the place where you see things as Krishna talks about in the Bhagavad Gita, then the answer is yes. Persevering practice is all you need.

One’s personal duty in life (Dharma) should be viewed as one’s responsibility to his or her highest Self, the Atma. This ultra-high level of duty carries with it the requirement that one never does anything that is contrary to the True Self Within. And even if you consider your Dharma more narrowly from the standpoint of being true to your profession, you should not hesitate to fight. For a warrior, war against evil, greed, cruelty, hate, and jealousy is the highest duty.

The goal of yoga is the selfless offering of everything we do back to a higher power, a higher will.

To raise the Kundalini; to lift the thoughts of Self from the doldrums of a lack of conscious movement to the sublime and bright registers of higher purpose; requires your sincere effort. There can be no doubt. The process doesn’t happen by itself.

So give your heart to the process whether it be for you the idea of the teacher in your life or the teachings. But reserve for yourself the murmurings of your own inner voice to guide you, for the tomorrows of your life will soon be upon you. And the blind leading the blind brings no one to their desired destination.